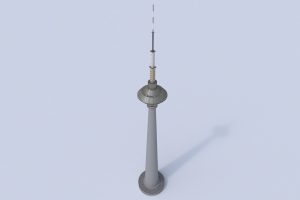 – .max file with VRay materials
– Unit system is set to cm. The dimensions are real.
– Previews rendered in 3ds Max 2016
– All files were packed in ZIP archive.
– HDRI is NOT in the zip. Its just for the preview

Technical Data of the 3D Model:

The geometry of this Model used Polygonal Ngons .

Tianjin have a total population of 15,469,500 and is also the world’s 11th – bigest city in the world and it is the fourth largest in China, after Shanghai, Beijing and Guangzhou. Tianjin borders are Hebei Province, Beijing Municipality, east bay the Bohai Gulf portion of the Yellow Sea. Tianjin means in chanese – Ford of Heaven.

During the Qing dynasty ( 1644 – 1911 ), Tianjin was promoted to a prefecture ( Zhou ). In 1856, Chinese soldiers boarded The Arrow, a Chinese-owned ship registered in Hong Kong flying the British flag and suspected of piracy, smuggling, and of being engaged in the opium trade.

Wish you a good day.